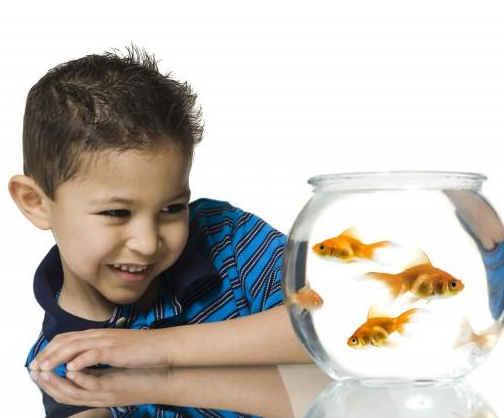 Researchers in the UK recently published findings that prove what we’ve all believed for years —— that fish tanks boost our physical and mental-well being.

According to the report in the journal Environment and Behavior, researchers studied participants as they were gazing into a
gradually filling aquarium, monitoring their physical signs such as blood pressure and heart rate, and mental signs such as mood.

The research indicates that moods were brightened, blood pressure and heart rates were reduced, especially when the tank held a variety of fish. Experts from the National Marine Aquarium, Plymouth University and the University of Exeter, conducted the first study of its kind to assess the physical and mental responses to tanks featuring different levels of fish occupancy. According to the study, when participants viewed an empty tank with just rocks and seaweed, heart rates lowered by 3%. But when swimming fish were added to the tank, the heart rates noticeably reduced by about 7% and blood pressure lowered
by 4%.

Higher numbers of fish held the attention of participants for an extended period of time, resulting in improved moods. While other studies have demonstrated the calming effects of natural environments, very little research has been conducted on the underwater settings that contribute to our well-being. This research studied 112 visitors to the National Marine Aquarium where a recently refurbished, 150,000 gallon tank is one of their main exhibits. For this study, the researchers instituted a phased introduction of different fish species and quantities of fish.

Doctors, dentists and other health care practitioners installed aquariums years ago, calming patients in medical settings where they might feel stressed. Today, shows like Tanked present the many others — from corporations to well known athletes — who are attracted to the beauty and serenity of aquariums. Given the claims of this research, we may soon be enjoying underwater environments in other settings as an effective way to enhance wellness.